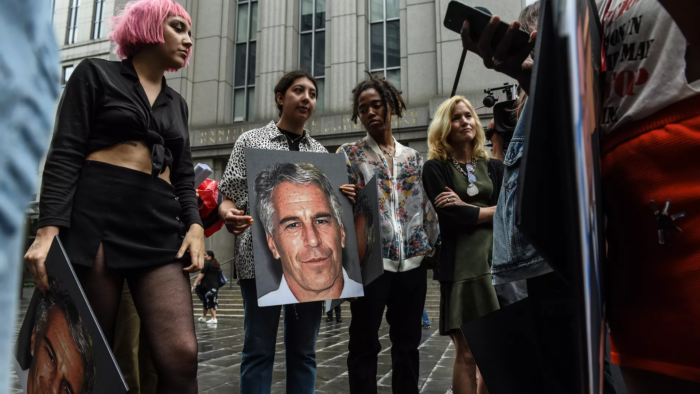 It can be a very stressful and disorientating time for survivors when their abuser dies.

Whatever the circumstances surrounding the death, be it a pedophile grandfather finally passing from old age, or a mysterious apparent suicide in jail right before a high profile trial, it’s not likely to be easy on the victims they left behind.

One might expect survivors to feel relief, maybe even happiness that their perpetrator can never hurt them again, but the death of the abuser doesn’t mean the trauma is over. You never stop processing traumatic experiences. Every time something in your life changes you have to reframe your perspective to fit the abuse back into a narrative that makes sense so you can make peace with it again. Recovery is an endless cycle.

When someone leaves a mark on us as huge as sexual abuse, that person stays in our minds and has a bigger influence over us than I think we like to admit. It can be difficult to imagine yourself as an individual outside of an abusive power dynamic when you have been conditioned into accepting it. Like a superhero is never without a nemesis to fight, an abuser can feel integral to your identity. Once that threat is suddenly removed, instead of feeling relieved you might feel lost, empty, angry, and in disbelief.

I had fantasised about killing my abuser on many occasions, dreamt it, joked about it, and threatened to do it when my anger bubbled over, but nothing had prepared me for the idea of him no longer existing in this world. The thing is, I wanted him to die on my terms. I wanted to have the power this time, to serve myself that appetising slice of justice. In reality, I never would have had the opportunity to act out my revenge fantasies; they were simply a coping strategy and in dying on his own terms he took that away from me.

I also struggled to comprehend that someone so powerful who had ruled over me for so long could be reduced to a body on a slab in a morgue.  Death humanised my abuser in a way my own mind never could and I was forced to see him as a fallible, mortal human, requiring me to reframe everything he had put me through.

We often have very complex bonds and relationships with our abusers. They can be paternal figures, members of our family, or people we genuinely felt we loved and had a responsibility towards. Especially for women, we’re often groomed to be sympathetic and attentive to our abusers as that’s how society expects women to behave. We take on the blame for their anger and their actions and forgive them for what they do to us. The bonds formed in trauma are terribly hard to break. We work hard to overcome this conditioning and learn the abuse was not our fault but the death of the abuser can push our minds back to that old state and we feel responsible for the loss of life.

A case that illustrates this well is Maya Angelou’s. At the age of eight, she spoke out about being sexually abused and raped by her mother’s boyfriend. He was found guilty and jailed for only one day but four days after his release he was murdered. After this trauma, Angelou didn’t speak for almost five years. She thought her voice had killed him. She feared ever speaking again in case her voice killed anyone else.  Even when it’s a rapist or child molester it’s hard not to have another person’s death weigh on our conscience when we think we had a role in it.

There are many more reasons and ways survivors struggle in these times. There can be open court cases to wait for, or family funerals to attend, and the general triggering nature of the daily news brings memories back up to the surface that you’ve worked so hard to not think about for so long.

If you’ve ever had to cope with the death of an abuser or you are supporting someone else who has, know that whatever you’re feeling about it, it isn’t wrong. Don’t expect yourself or the person you are supporting to be blowing up the party balloons and buying new tap shoes to dance on a fresh grave. This is still a time of deep reflection and mourning, perhaps not for the abuser who has died, but for the child, the victim, and the survivor who you were before you heard the news that changed everything.