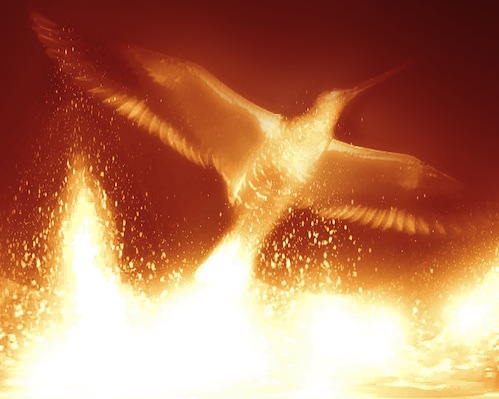 I used to have a clear idea of what I thought it meant to be a strong survivor of child sexual abuse. I think we’re all drawn to that image of a warrior who won the battle and stands tall today, gracefully able to tell the story of the journey they went through. That was my idea when I came to activism three years ago. I thought I was this unstoppable brave woman who had beaten the very worst thing life could throw at me and I couldn’t be knocked down again, but events in my life in 2018 taught me otherwise.

My life was going perfectly, I believed I was over my abuse, I had dealt with the toxic relationships of my past and healed from all the crap I’d been through. I had deeply suffered from depression in my teenage years and whilst I knew there was a valid reason for my mental health struggles back then, having an explanation didn’t make the suffering any less. However, as I got older, it helped me to understand the true power of trauma and gave me a solid basis to focus my recovery on.

By the time I reached 17, I was finally living my best life. I had great friends, I had broken free from an unhealthy relationship, I was starting a new carer and attending my first choice of university. I had never dreamt I would get so far on top but there I was having made it. Depression was going to be a thing of the past from there on out.

How is it possible to go from such a high place to rock bottom again in the space of 12 months? It’s a question I’m still figuring out the answer to.

Let me take you down the path I was on last year, the path that I can say with impunity has been the most challenging experience of my life. I know one might think ‘How can it be more challenging than coping with sexual abuse as a child?’ but there is a way. The Events of last year caused me to journey down a road where I met with my worries, triggers, demons, and deepest fears all at once. Down this path, I met my child self again, and on top of the memories of my trauma and abuse resurfacing, I was faced with the fact that I had never truly ‘got over it’ as I’d thought.

At the start of 2018, I was still at my peak. I was employed in a job I truly loved, I’d met someone new for the first time after coming out of a bad relationship, and I had friends who were my forever family now. I remember thinking about how January often gives people the blues and feeling so blessed that the new year was giving me excitement, new opportunities, and possibilities for more happiness. I was enjoying each day and keen to discover where life would take me next.

5 months into the year, my perfect world was attacked. The central pillar that gave me such joy and hope started to crumble and rot from the inside due to events and people outside of my control. I was thrust into a situation that left me truly lost for words over how another human could act.

I couldn’t believe it was happening again. It was like I had gone to sleep and woke up in someone else’s life.

I was betrayed by people I had given my all to and I lost people who once meant everything to me. I was suddenly, desperately vulnerable again. All this had a knock-on effect on everything else. I had problems in work, my relationship, family, and education and I just wanted to press pause because in that moment I saw all my hope and hard work slip away and I couldn’t save anything. I wasn’t able to be that resilient survivor people told me I was. I was powerless again. I only had one option and that was just to let it all unfold before me.

Now I could explain in concrete detail everything that went down, but in honesty that’s all mostly by the by now, what matters is the lesson on my own psychology the experience taught me.

I remember the first night when my trauma came knocking at the door again. I felt all that same shame, guilt, and worthlessness that I had as a child, but this time it wasn’t due to sexual abuse, it was due to the fact that the events and people in my life in 2018 were replicating the same betrayals, gas-lighting, power games, and cruelness that I had suffered before. I was reminded of how cruel, manipulative, and self-serving some humans can be.

I thought I was going crazy. I heard the voices in my head, I felt my chest getting tighter and my breath becoming heavier. I felt the anger running deep in my vines and the scream that so desperately wanted to come out kick at me from the inside. I couldn’t believe that people who at the start of that year had meant everything to me were now the people that made me feel so sacred again. They brought back up that little girl inside of me, the one that wasn’t loved, the one who was left, the one that was never believed, and the one who was violated by sexual abuse.

This crisis made me aware of the connection that our past always has to our present. The horrible situations I was in were full of heartbreak, loss of control, scheming bullies, and my voice being taken away. It mirrored preciously the situation I was in as a child. just like that, I was back to being that 12-year-old girl crying out for someone to save her, but this time I was 20.

This feeling of being no good, not wanting to live life and wishing I wasn’t here anymore lasted for the whole year and even into some of 2019. I couldn’t make the feeling go away. It didn’t matter if I changed jobs, left a relationship, or made new friends, I was burnt up by the present events because it didn’t just hurt to go through them, it hurt that they brought me back into the darkest place I had ever known and I now had to get myself out of it again. I really didn’t have the energy to fight it a second time. I wasn’t the epitome of strength I’d thought I was, and I didn’t know how many more of these battles there would be.

This retraumatising experience has shown me that surviving sexual abuse takes more than one go. We can only ever deal with it a layer at a time. Then, sooner or later something triggering will come along and we will be made to face the next layer.

Being a survivor isn’t about having made it to the top, It’s about continuous battles and continuous growth. We will keep having to meet new challenges. Trauma never fully goes away.

For me, it hid, and I thought I had beaten it but it was just locked away in a box until 2018 came along with a key.

So how did I get through it again, for I must have, right?
Well, I revalued what I thought I had known and I began to see myself in a different light. I was still a warrior and I knew what I had to do. I reconnected with the little girl inside of me and I looked after her in ways no one else had ever cared to. I protected her against the present and past people and I rebuilt her to be here again now. 2018 taught me that I’ll always face times that remind me of my abuse and threaten to take me back there, but it also showed me that I don’t have to be afraid of the trauma, I just have to survive it, grow from it, and most importantly I must nurture and protect my younger self through it each time before I ever try to fight something new.  That’s the advice I would give anyone who is dealing with a resurgence of their past trauma. Nurture and protect your child-self first.

My experience of sexual abuse will always be a part of me. Life will happen and sometimes it will bring back the pain, I can’t pretend it’s gone for good, and I can’t keep it pushed under, but the positive thing I have realised is that when my trauma rises again, so will I.

– By a REIGN Collective member