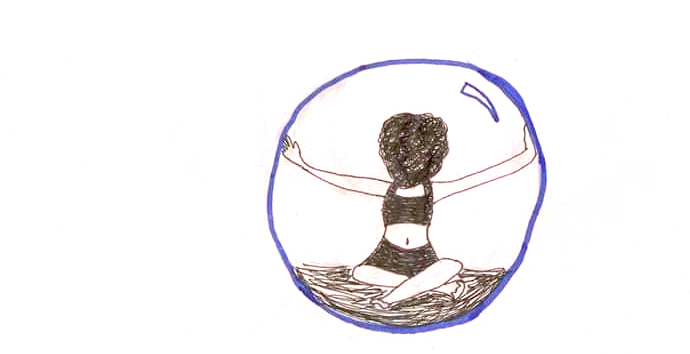 When thinking about CSE (childhood sexual exploitation), it’s not hard to think of that cliched image of a young woman or girl handcuffed, tears streaming down her face and clearly trapped in a life of pain and suffering, and while this metaphor leaves me cringing and gritting my teeth, I cannot argue with the symbolism; often those victimised by sexual violence are trapped with relatively little power and control nor the motivation to think too much upon escape.  In fact, most of our energies tend to be focused on survival in this very moment; the future is barely glimpsable if it is believed to exist at all.  It is no surprise then that many people are questioning and speaking on the impact of the restrictions brought on by Covid-19 in relation to survivors – we are no strangers to limitations on our freedoms and for many this is proving detrimental to our ability to survive our day-to-day lives now particularly with the addition of ongoing stresses related to the pandemic: job losses, home-schooling, fear of the virus in and of itself.

For myself, I began to feel the impact a few weeks into lockdown; I began having trouble sleeping, I was becoming anxious and easily frustrated and I began feeling incredibly restless despite being a homebody at heart – I’d always much rather stay home with a book even if I do get joy out of socialising with others.  After some work with my therapist I was able to recognise that this all felt familiar, uncomfortably so, and I was having a reaction just as much to then as I was to now.  This came on two counts; the general feelings of entrapment associated with CSE as mentioned above and a specific period of eight weeks with my abusive ex-partner around ten years ago.

He had badly damaged my ankle after pushing me down the stairs and after returning from A&E it dawned on me the difficulties in navigating three flights of stairs with crutches.  Looking back down after spending a hideously long time shuffling up on my bottom and dragging my heavy rucksack and burdensome crutches up behind me, hoping none of my neighbours would come out to see, I realised there was no way I could do the same in reverse.  As a student in the midst of the summer break, I had nowhere to be for the foreseeable and my ex, being unemployed, would be there with me for that entire period.  This left me trapped with a violent and abusive man, in a small one-bedroomed flat, for at least six weeks, further injuries to my ankle resulted in an additional two weeks.

That, to me, was the true meaning of lockdown.  No walks in the park, no nipping to the shops, not even sitting in the garden (assuming council flat blocks had such luxurious additions).  I was trapped behind that door for eight weeks with no escape.  Those eight weeks were particularly dangerous for me; my ex had always been cautious about controlling his physical violence knowing that I would have to go out into the world where the remnants of his attacks could be visible to others.  In those eight weeks, I found the violence, physical, sexual and emotional, against me increasing exponentially, day and night, whether I was asleep or awake, and particularly with the removal of my crutches, I was helpless against him.

It was no wonder that, upon the start of lockdown, despite the relative freedoms of being able to physically leave the home, go out into the garden and going out to get the essentials, I had an extreme reaction.  In many ways, the limitations to my freedom felt so eerily similar to what I had previously experienced that I could not easily separate the two.  I began to push away my partner, feeling uncomfortable with her touch and her proximity and in many ways I could not concretely understand my reasons for doing so.  The connections between the two experiences, and that of my earlier childhood of sexual exploitation, were not in my awareness and instead I went on suffering on a day-to-day basis.

After some work with my therapist, I was able to recognise the connections and understand why it was my body and my self were reacting so violently to the lockdown and with that recognition, alongside the awareness that this was different that I could actually leave, that I was not trapped as I had been as a powerless child or a powerless and injured young adult.  I quickly found myself able to breathe again and in many ways, I began to enjoy lockdown and the freedom I had to read at leisure, wear my trackies all day and indulge all of my introverted ways of being.

This, of course, was quickly knocked backwards again upon discovering that I was on the shielded list.  What freedoms I had, the very distinctions that helped me to separate my past experiences and the experiences of the now, were taken away.  However, I was ready for it this time and was able to soothe myself, consistently bring into my awareness that now is different, that the woman that I live with now is safe, comforting and respecting of my boundaries.  The garden became my salvation, sitting out for hours at a time, breathing the fresh air, feeling the wind, and generally evading the stuffiness of confinement in an old house.

While I am now doing OK, it has not escaped me that many may not be.  Lockdown has had a distinct impact on survivors – entrapment, whether physical or emotional, is such an intrinsic aspect of sexual exploitation that it is hard to separate and find the distinctions between the two experiences of lockdown and the past.  In fact, it may not even be in our awareness that those distinct experiences may have become tangled together in the now.

So, how can we, as professionals and maybe survivors ourselves, support those that are struggling under the weight of lockdown?  How can we think to do this when we ourselves are equally dealing with the existential weights of freedom and control and the ever-looming presence of death and illness?  I don’t have straight up answers, but I know for myself, one thing that particularly helped was recognising the differences between now and then, and even when most of those differences were taken from me with the addition of being shielded, holding on to just one of those helped me to find a way to breathe.  Trauma is held in our bodies, as van der Kolk told us so clearly, and we may not always be aware that we are sometimes reacting to the then and not so much the now.  Recognising the safety and the security we have in our current lives can easily become a lifeline, a solid distinction to the trauma of the past.

However, it’s always worth noting, that we are all unique, our experiences of sexual exploitation will not represent that of the other and our experiences of lockdown may not be invoking the same feelings and memories of entrapment that I have experienced.  Even what I have described here is unique, it is my experience and my connections between the lockdown of the now and the trauma of the past.  Listen to the people that you’re working with, the people you are supporting in your life and if you are here reading this as a survivor yourself, listen to you, those subjugated parts of you you try not to listen to – they know, better than anyone, just what is making lockdown so hard, and they are always your best guide as to what they need and want from others in their life to manage the impact of this pandemic and the limitations to our freedoms.